In these hot July days a beer often seems like the Holy Grail, but we all know that even the best drink cannot replace cheese as our daily staple food.

Therefore, on our tasting plate today: <Herve affiné à la Bière >, a cheese that perfectly pairs whatever beer you were already planning to have.

Being a smeared-rind version in the washed-rind cheese category >Herve< has a long history dating back to the 11th century and was most likely, as was the case for most of his famous relatives, first made by monks.

However it would not become a signature cheese, inherent for the area – pays de Herve – until the 16th century when farmers were by law forbidden to export their wheat and had to find new ways to feed their families.

As a result of the edict, crop fields were turned into pastures and the peasants successfully positioned themselves in the dairy business. This led to a boom in Herve production, and an elevation of its status as a premier local product.

Cow´s milk >Herve< achieved PDO (Protection of Designated Origin) status in 1996 and ripens in cellars for a period from 4 weeks up to  2 months.  The orange color and its distinctive smell are the result of Brevibacterium linens that are typical for the area and are also sometimes part of the salty brine with which >Herve< is pampered twice a week during its maturation.
(With our friend, as the name implies, there was also beer involved in the brining process.)

The stinky Belgian has a smooth and creamy texture and captures us with its spicy and pungent aromas. As mentioned it loves beer – preferably a dark one that supports its more sweet and polite sides.

Gustav rates it 13/10 – says he´s happy to have found a table companion that overpowers the city´s summer smells. 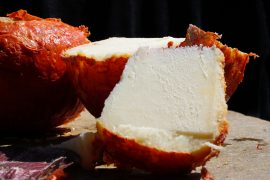 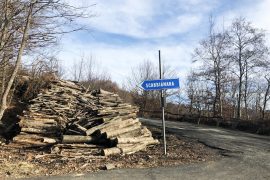 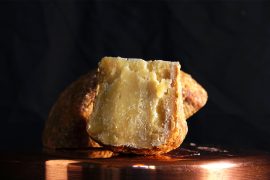