Last week we talked to norwegian cheese maker Bo Jensen about his story, dairy and future plans and also had a live chat on the instagram channel of #caseificiagricoli.

Enjoy our interview and watch selected clips from our live chit-chat!

Have you ever heard of Norwegian cheeses or wondered which ones they would even be?
Probably, because in books on cheese the section on Norway is generally tiny, if these cheeses are
not just thrown together in a section called “Scandinavia.” And the most familiar names, like
*Jarlsberg* or *Ridder*, are made from pasteurized cow´s milk. The reason for this dates back to the
middle of the 20th century, when Norway’s dairy system was standardized and most cheese was
mass‐produced to facilitate broad distribution.

But as in many other countries, with the beginning of the 21st century Norwegian farmers and
consumers alike developed an increased sense of cultural uniqueness and concern for the well‐being
of animals, and thus turned toward artisanal, farmstead cheeses. Norwegian dairy products slowly
began to make their way onto the international stage.
This new development also gave room for people who were not farm born but were interested in
food traditions to start as cheese makers—once they found milk molecules in their blood.

Bo Jensen is such a person. Though he is Denmark‐born [and originally trained as a chef and confectioner], he has risen to become one of Norway’s most prominent figures of successful enzyme cleavage. Indeed, he won Super Gold at the World Cheese awards in 2017 and 2018 for his raw goat´s milk cheeses, and his products are taking Europe by storm—including France, epicenter of cheese conoisseurship.

We talked to him about the past and future of Norwegian cheese production, and asked about his current interests and plans.

Formaggiastic: Bo, you came to Norway as a trained chef and confectioner in 2003. How did you end
up making cheese and having your own dairy?

Bo Jensen: In the last place I worked at in Denmark, a very small fine dining restaurant where we
made everything ourselves, we also made small cheeses. Of course, those were pasteurized cheeses,
but those were the first ones I made. My dairy, in the beginning, I shared with other people but this
was difficult so in the end I bought the others out and for the last three or four years it has just been
mine. In fact, last year I had my 10‐year anniversary.
The dairy I have is very, very small and I do everything myself. I get up at 3am every day and pick up
the milk at 6am. Just the driving is 30 minutes each way and I do it twice a day, seven days a week.
My season is from February till the last week in September and I traditionally start making cheese
again on my birthday, February 4th. It´s a lot of work, but I really like it and I meet a lot of people.
Two years ago, I traveled just to Paris six times to talk to people and present my cheeses.

Formaggiastic: And now your cheeses can be found at the tables of Three‐Star Michelin restaurants
and, for example, on the counter of “Cow,” the international cheese store in Paris. I was wondering
about these connections. For most cheese makers getting this kind of placement seems to be a
difficult task.

Bo Jensen: I think it partly has to do with the mentality of the Danish people. We are pretty direct
and straight‐forward, that makes it easier. I think it´s important to directly reach out to international
cheese venues, because I think if you have a very high quality cheese you have to show it to the
people. Due to the awards I won it has gotten easier but it is still not easy to get your products into
Three‐Star Michelin restaurants in Paris. But I am very happy I managed to do so and have even been
at Gordon Ramsey’s Three‐Star Michelin restaurant. This is also a part of the work and I enjoy it very
much.

Bo Jensen: The milk I use is of very high quality. It´s entirely from Norwegian goats, and the air and
nature here are very clean. Of course the milk is one of the main reasons for the quality of the
cheeses. But once you have really great products then I think it doesn´t matter where you actually
produce the cheese. A few years ago I got Patrick Anglade, a French cheese consultant, to come to
Norway to work with me. I think the telephone rang about 20 times when we were in the dairy with
people asking him – “what are you doing in Norway??” People don´t know we even have goats in
Norway. And now sometimes in France it is a shock for them when they hear that the ashed goat
cheese that they liked so much is not from France!

Formaggiastic: To me the way you market your cheeses, for example on Instagram, is very carefully
thought through and precise. How do you approach that?

Bo Jensen: You know, if you have worked as a confectioner, everything has to be so perfect. You
have to tell a story on a plate. It is the same with cheese. But also, the mentalities of Germans and
the Danish and maybe Austrians are a little bit similar. They can see 20 different cheeses and put
everything into place.

Formaggiastic: And especially working with raw milk requires precise work. How is the raw milk
cheese scene in Norway?

Bo Jensen: Just before you called me I was talking to a friend of mine who was the first person in
Norway to make unpasteurized cheese; I think this would have been about 20 years ago. Today in
Norway that has really changed—there are a lot of places that make it. In Denmark it is not so easy
and they have stricter laws. But you know in France—if you have pasteurized cheese they don´t want
to touch it.

Formaggiastic: What are your plans for the upcoming year? Do you plan to participate in the World
Cheese Awards in Spain?

Bo Jensen: I have a good order to begin with, so I think it will be a productive season. I will stay with
fresh cheese but sometimes I also (air) dry the cheeses – in France, for example, they want them old
and dry.
And probably I will try out some new things. Most people think if you have the same milk and just
change the molds, you get the same flavors. But when you change the molds you also change the
flavors of the cheese. So that is something I am experimenting with.
With the World Cheese Awards I don´t know yet. It is in November and I don´t have (fresh) cheeses in
November. And it is a very big event—almost too overwhelming for me. The most important thing to
me is my cheeses and their quality, so for now my top priority is to take care of them here in Norway
and later on we will see.

Collected for you:
selected clips from our live chat @#caseificiagricoli that took place on March 9th. 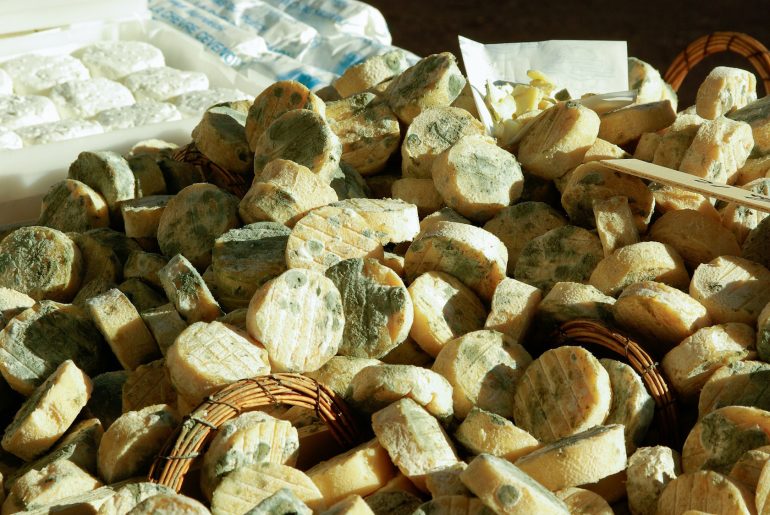 “springy goat” – who says goat cheeses are like fish? 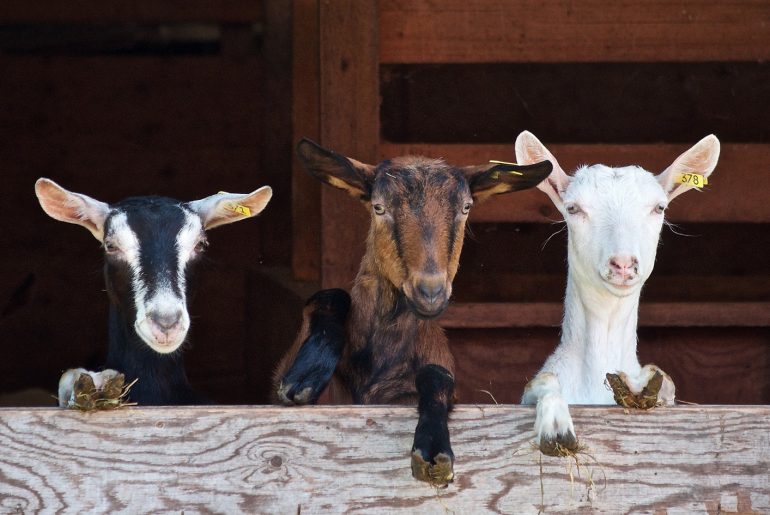 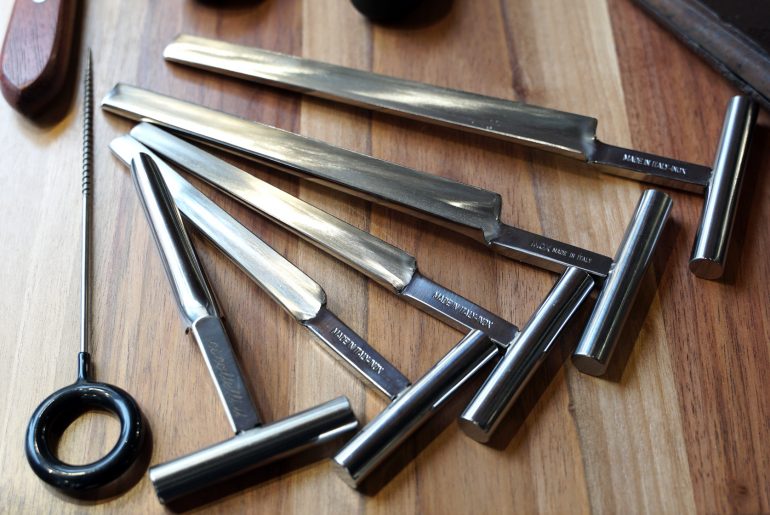