Living in Vienna it´s not the eastiest task to get your hands on Spanish cheese not named Manchego, the happier I was when a friend texted me that he brought back some Spanish delights from a recent trip to the farmers market in Tolosa in the basque province of Gipuskoa in the north of Spain.

In his luggage and now on my table “Idiazabal” a PDO cheese made out of raw ewe´s milk – in this case by award winning cheese maker Xabier Aizpeolea.

The milk obtained by the Latxa sheep, an ancient Spanish breed that also gives Roncal cheese its unique flavor is rich and aromatic and therefor a set ingredient for the production of Idiazabal.

Me here in Vienna am lucky enough to get to taste both, the natural one and the “smoked with birchwood fire” version.

Idiazabal (s) – 2 of a kind, yet wonderfully different:

The smoked guy poses with a lot of smoky scents and a rich, dissolving texture, while his natural brother offers some crumbly chards and a light lactic and sheepy fragrance. Both have great buttery notes with malty nut aromas, with the smoked one also offering reminiscence of wood and hey.

Match it with a glass of sherry for a perfect November evening on the couch and you are good to go for the rest of the week. 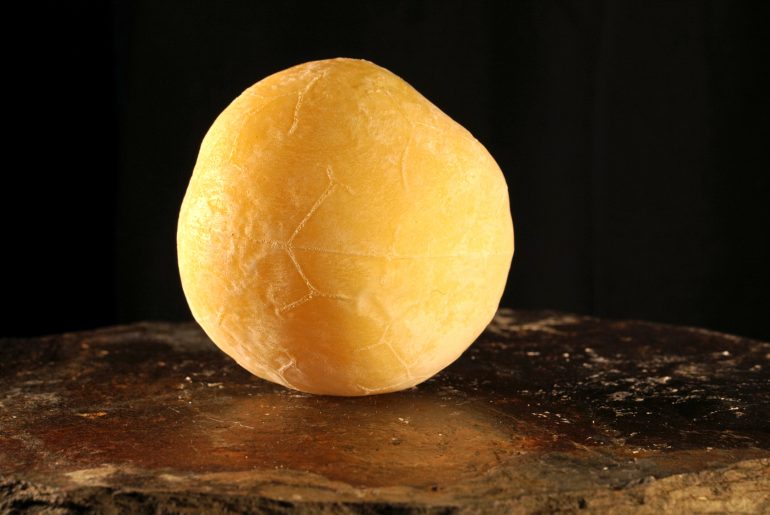